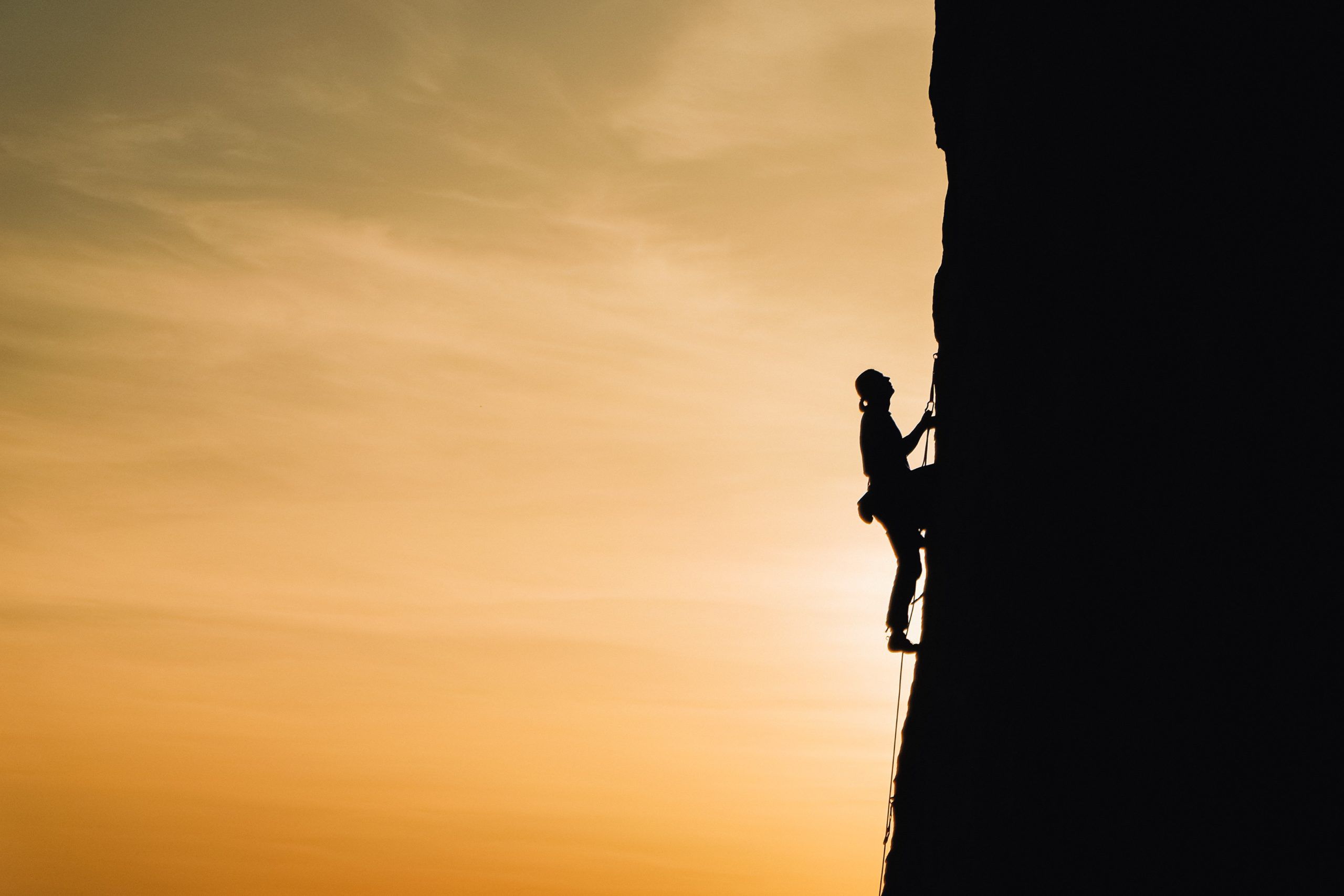 How DropFunnels Will Instantly Bring Your Affiliate Marketing To A Higher Level.

As an affiliate marketer for the past two years, I've used many different tools within my business.  I've also seen many people struggle getting their mixed bag of tools configured and ready to move forward with their business plans.

I've seen people pay huge sums of money purchasing glorified courses that promise the laptop lifestyle and riches galore, only to get stuck before they're even setup and post their first ad.

Usually these courses lure unsuspecting freedom seekers with popular marketing terms like:  "No tech skills needed" or "...using 3 simple tools".  Three months into those subscriptions, you still haven't got your "simple tools" working.

Luckily for me, when I started my affiliate marketing business, I had been in the tech industry for about 23 years, designing and developing tools for software developers.  So it wasn't difficult to grasp how these tools "should work" and then decipher how to get the tools to work together.

I was so good at it, I actually made a small side hustle out of getting these struggling people up and running and able to actually create the campaigns that would eventually make them money.

You can't get to the finish line if you can't even get out of the starting gate.  So I did what I could to provide value.

The Rise Of DropFunnels 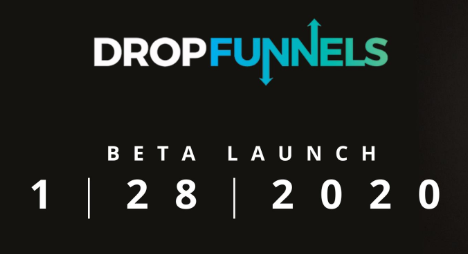 DropFunnels is the brain child of Jordan Mederich and came onto the scene in January of 2020.   Jordan had been thriving in online marketing for a few years and saw the same thing I did.  It was simply taking too long to get clients up and running using these (what he calls) "Frankenstein systems" where you're peicing various parts together to create a smoothly running system that actually works.

You'd need a web hosting service, a page builder, some type of WordPress site, a customer relationship management system, then some type of follow up system to boot.

I was lucky enough to get chosen to be one of the very first marketers to use DropFunnels in it's pre-beta state.  For a pre-beta software release, it worked amazingly well and did what was advertised, sans a few relatively small issues that were promptly fixed by the development team, but we'll discuss more of that in a few.

I Fell Out Of Love With ClickFunnels.

I was big proponent of getting users onto ClickFunnels for obvious reasons.  First off, it's pretty simple to use their drag-and-drop editor, their pages look clean and professional, and most of the user interface is self explanatory.

Second, ClickFunnels has a great affiliate program stacked to the hilt with various offers to get people on board.  This didn't only help me, it helped my clients make money too.  It's called a win win.

I heavily promoted ClickFunnels for about a year and I stopped doing so as soon as I found a big problem that ClickFunnels' users, including me, were facing.

So, back in October of 2019, I began searching for an alternative.  I needed to have the ability to run sales funnels, but after doing some research, it was a requirement for those funnel pages to load in less than 3 seconds... and the faster the better.

Three seconds might not seem like much, but after just 3 seconds, 50% of traffic will bounce due to lag time.  For every second over that, you'll lose another 20% of the traffic to that same lag time.  You can read more about page load times here.

I found various options like FastPages.io, Unbounce, Thrive Themes for WordPress.  Fact was that none of the biggest names in landing pages and funnel building were getting (or even talking about) the necessity of 3 second load times.

DropFunnels Is Built For Speed 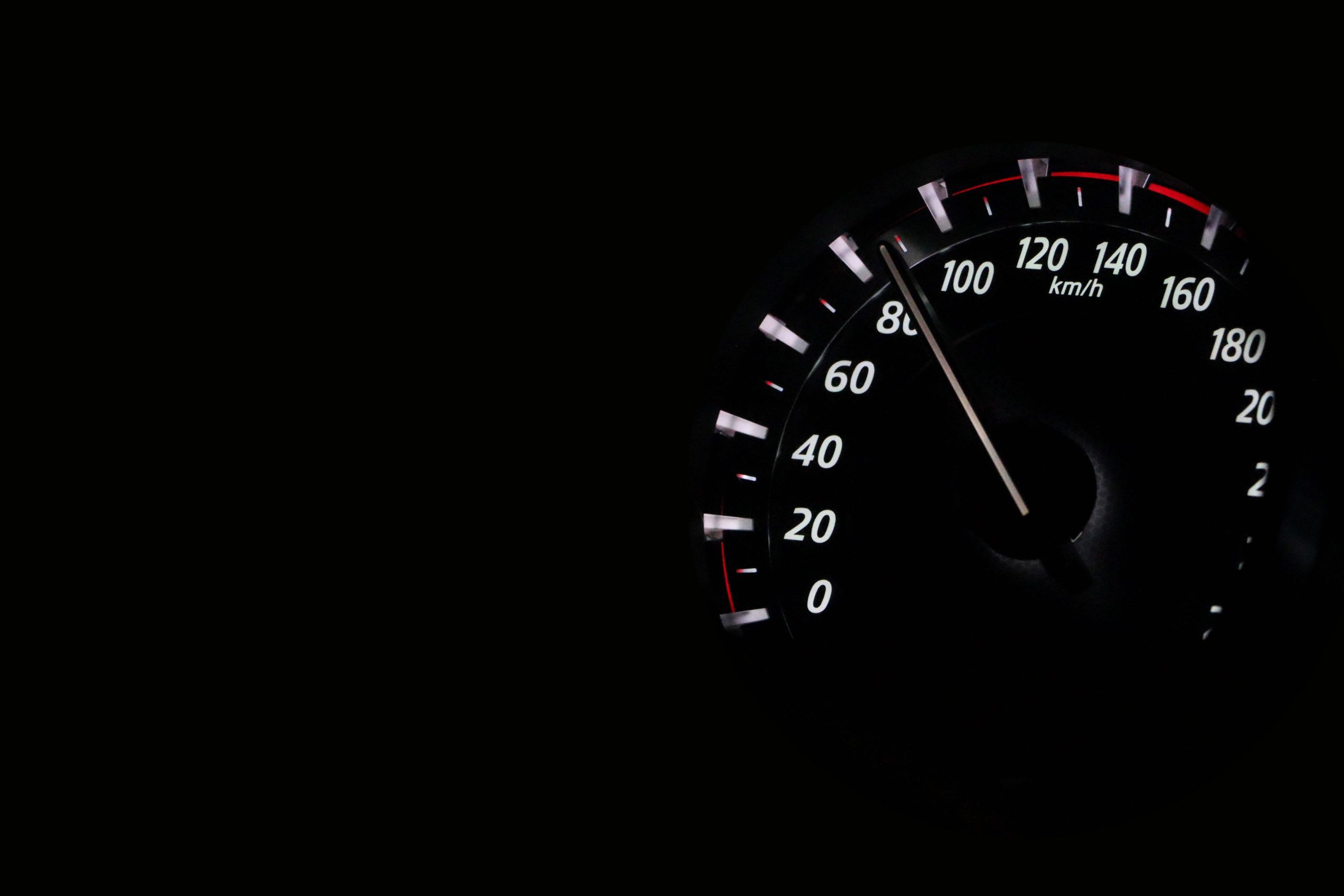 DropFunnels was designed with page load speed as a top priority.

DropFunnels makes use of WordPress running on AWS, two proven architectures that serve up pages with incredible page load times.

So Why Does Speed Matter To Affiliate Marketers?

Speed matters for a few different reasons, and they all affect your conversion rates and in turn, your bottom line.

It's important to decrease your bounce rate as much as possible for obvious reasons.  As mentioned earlier in this article, if people are clicking on your links and it's taking more than 3 seconds for the page to load, 50% of those people are backing out of the transaction before they see your landing page or offer.

Decreasing those page load times to under 2 seconds basically doubles the amount of potential customers viewing your page.

Seeing that affiliate marketing is a numbers game, doubling my page views has the high potential to double my conversions all the way through the funnel.

As you see, speed is important.

That's right, SEO takes your speed load times into consideration and faster loading pages and funnels will get you to bump you up in the page rankings.

Paid advertising like Facebook, IG, Google and YouTube take link clicks and page views into consideration.  For these advertising platforms, it's all about "user experience".  If users are clicking on links and leaving before pages load, these platforms will actually begin charging you premiums because of the adverse experience of their consumers.

This means the cost of your advertising could skyrocket simply because your pages aren't loading quickly enough for the customer base.

On the flip side, if your clicks are dasadding a great experience for the users, these platforms will give you additional impressions because the numbers are showing that the consumer experience is good.

So the faster your pages load, the better the experience, and the more bonus impressions you'll get from your advertising platforms.

Speed Comparison Of Two Identical Pages. On The Left Is DropFunnels vs ClickFunnels On The Right.﻿ 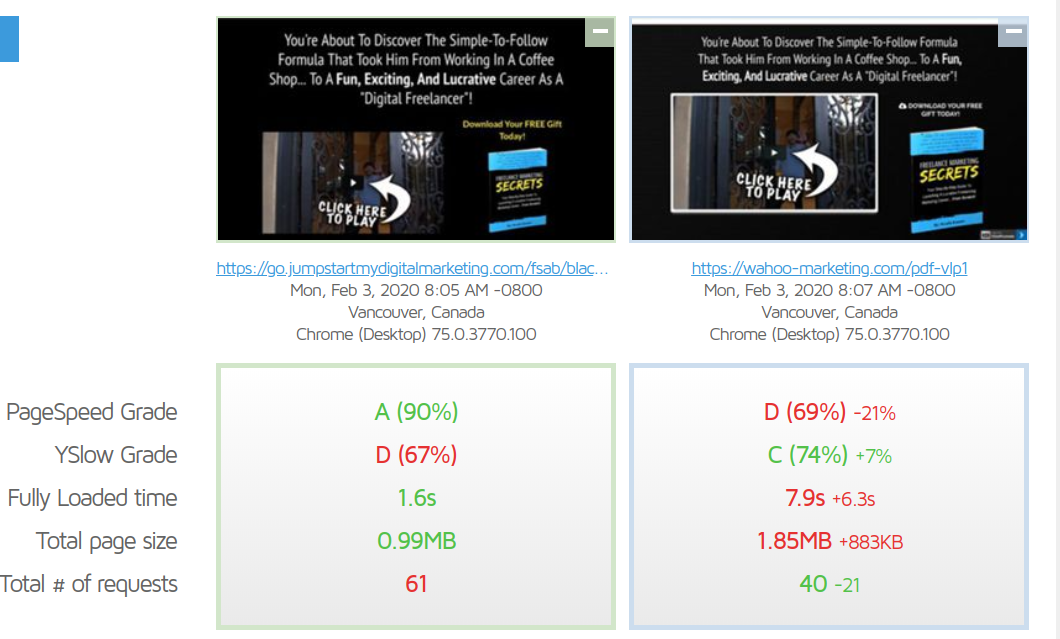 That's Not All DropFunnels Does For You.

View all posts by Peter Connors →